Is the BBC showing bias reporting on the Medical Innovation (Saatchi) Bill?

ADDENDUM 5th May 2014: There are a number of concerns about oversight and control raised in this post, the article on alleged BBC bias and in David Hill’s piece. What’s become apparent is that ALL parties agree patients deserve to be allowed to manage their own risks and to have help to understand the clinical parts of a decision about treatment.

To see a response from the Saatchi Bill team to the challenges and a hot off the press new version of the Medical Innovation Bill, check out my new post: Don’t Throw The Baby Out With The Bathwater – Saatchi Bill

http://bit.ly/So0YGC A post from the blog ‘Is the BBC biased?’

They have called out an apparent bias in reporting on the Medical Innovation Bill (otherwise known as the Saatchi Bill). In particular it suggests those who oppose the bill are not getting equal coverage.

While I support the bill, as you will see from my comments on the blog, I also believe vehemently in proper respect for the point of view of others, except when others make no effort to inform themselves about both sides (in this case many sides) of an argument. Regurgitating received wisdom, without first considering the meaningful points of an issue, is one way to define ignorance.

The post I linked to is far from that. It is articulate and provides onwards links to opinions and facts on both sides. I felt the need to comment as it talks in terms of supporters and critics of the bill. I wanted to add the voice of a potential beneficiary of the bill.

My mother fought to receive access to a non-standard treatment. Not a new treatment, something NICE predicted approving and having available in major medical centers in future, but that fight, without any predefined risk assessment steps or unbiased experts to turn to, was gruelling. Something few patients or carers could handle, with forceful objections referring constantly to the treatment being non-protocol, rather than to the clinical pros and cons.

This bill will succeed or fail in practice based on the quality, flexibility, speed and oversight of processes allowing patients access to something non-standard. However I personally have no doubt that something like the bill is required, soon.

As I commented on the blog: There is the greater good, where scarce resources are shared in a way that affords the most benefit to the most people. Some risks are managed centrally to protect the weakest and most vulnerable. But no formal system of law or regulation can call its self good, unless it has a mechanism to allow humane exceptions. 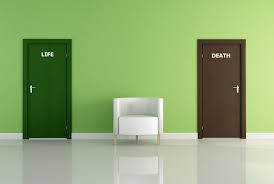 Some patients choose to have no cancer treatment, despite medical evidence saying it will prolong their life or even cure them. Should we take them to court for not adhering to protocol? By the same token, should doctors who help patients gain access to non-standard treatments, treatments patients request and fully understand, treatments they accept may not work, or may cause unexpected problems, be automatically deemed negligent?

The critical distinctions lie in all parties being fully informed, there being expert unbiased oversight and patients retaining their right to self determination.

Everyone should be watchful if this bill passes into law. The practical application of the bill will dictate it’s value, but I believe things can’t remain as they are. Since the Harold Shipman trial and subsequent reassessment of the legal Bolam Test, the default position in negligence cases has too often been that any departure from standard protocol equates to not acting in the patient’s best interest.  One upshot; doctors who are not able to respect patients’ informed wishes.  Unable to fulfill their Hippocratic oath, because their managers are too fearful of litigation to allow them to try and save lives.

David Hills, has written a piece for the Guardian summing up the position of many key critics of the Bill:

The main Saatchi Bill site with various blog posts from patients, family members of patients and medical professionals speaking for the bill;

My point of view is one of many. I invite you to have a look at others before you decide where YOU stand.